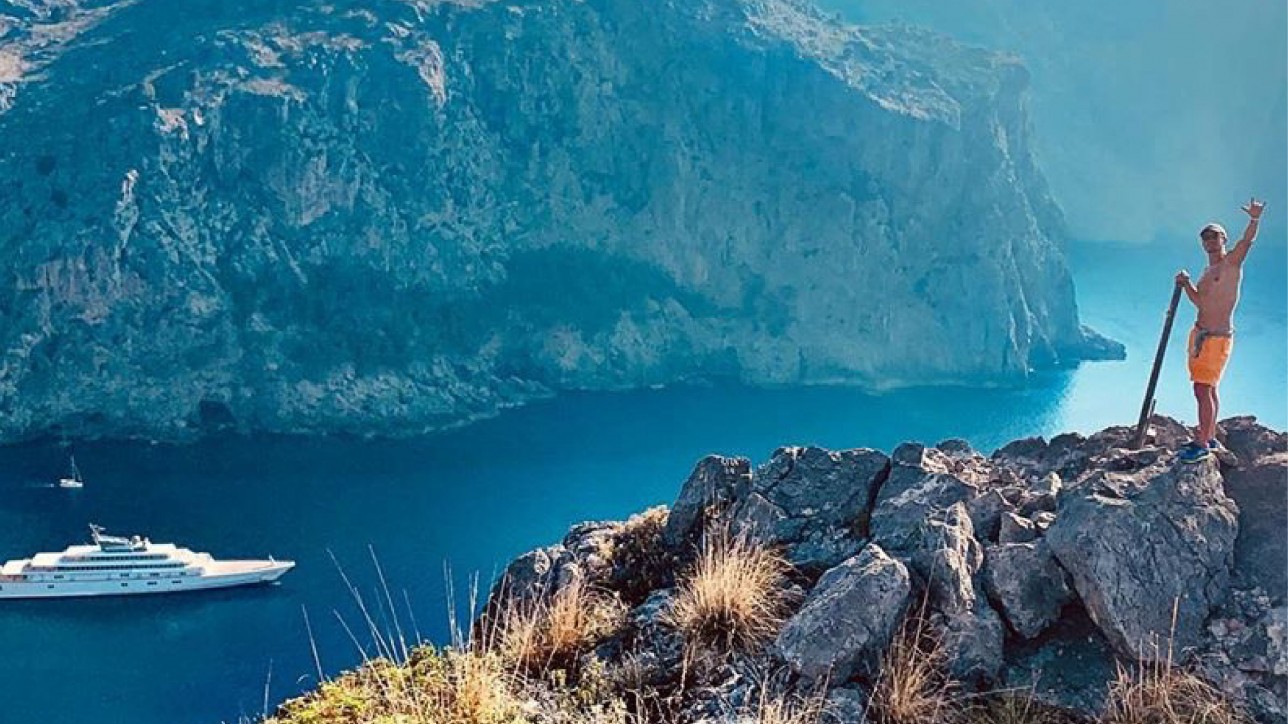 The Balearic Islands of Mallorca, Menorca, Ibiza and Formentera have long been a mecca for holiday makers, and the rich and famous are no different in that respect.  But they do things a little differently from the rest of us.  All over the islands, if you look out to sea, you will perhaps be lucky enough to catch a glimpse of famous faces you may recognise – TV and film stars, footballers, sports people, singers, politicians, heads of companies on board beautiful, luxurious yachts.  When famous people are on holiday, they can be divided by their antics into two camps – those who want to be lauded and feted and those who don’t, those who want a place where they can relax and just be themselves, not their public persona.   And being on a yacht perfectly syncs these two desires together – out of touch, but not necessarily out of sight!

One such example is David Geffen, the founder of DreamWorks, who has regularly been seen this summer in the Balearics on his stunning 138 m yacht “Rising Sun”.  Photos of him and his guests, such as Orlando Bloom, Tom Hanks, Leonardo DiCaprio, Bruce Springsteen and Katy Perry have appeared frequently in the local press as the yacht cruises round the islands.  In plain sight, but out of touch for autograph hunters!

Lionel Messi, Luis Suarez and Cesc Fabregas and their wives could be seen enjoying sailing the waters around Formentera on board the Seven C.

Another well-known sportsman, Rafa Nadal, is passionate not only about tennis, but also the sea, and can be seen on his current boat “Beethoven” while awaiting the 2020 delivery of his new 80 Sunroof Power catamaran.

While the Spanish Royal Family no longer have a royal yacht, they can often be seen on board friends’ yachts, and King Felipe IV competes each year in the Kings Cup Regatta, just as his father did before him.

However, for every boat owner and/or guest who likes to be seen, there are those who prefer to be more discrete.  So, who knows that famous faces you might see popping up on board these beautiful, luxurious yachts such as El Yas, Radiant, Khalilah, Titania, Areti, Samurai……?

And why do they choose the Balearics – for each island’s incomparable beauty, stunning beaches, breath-taking views, incomparable landscapes, gastronomy, culture, leisure, nightlife, peace and tranquillity – whatever one is looking for on holiday, you’ll find it in the Balearic Islands.