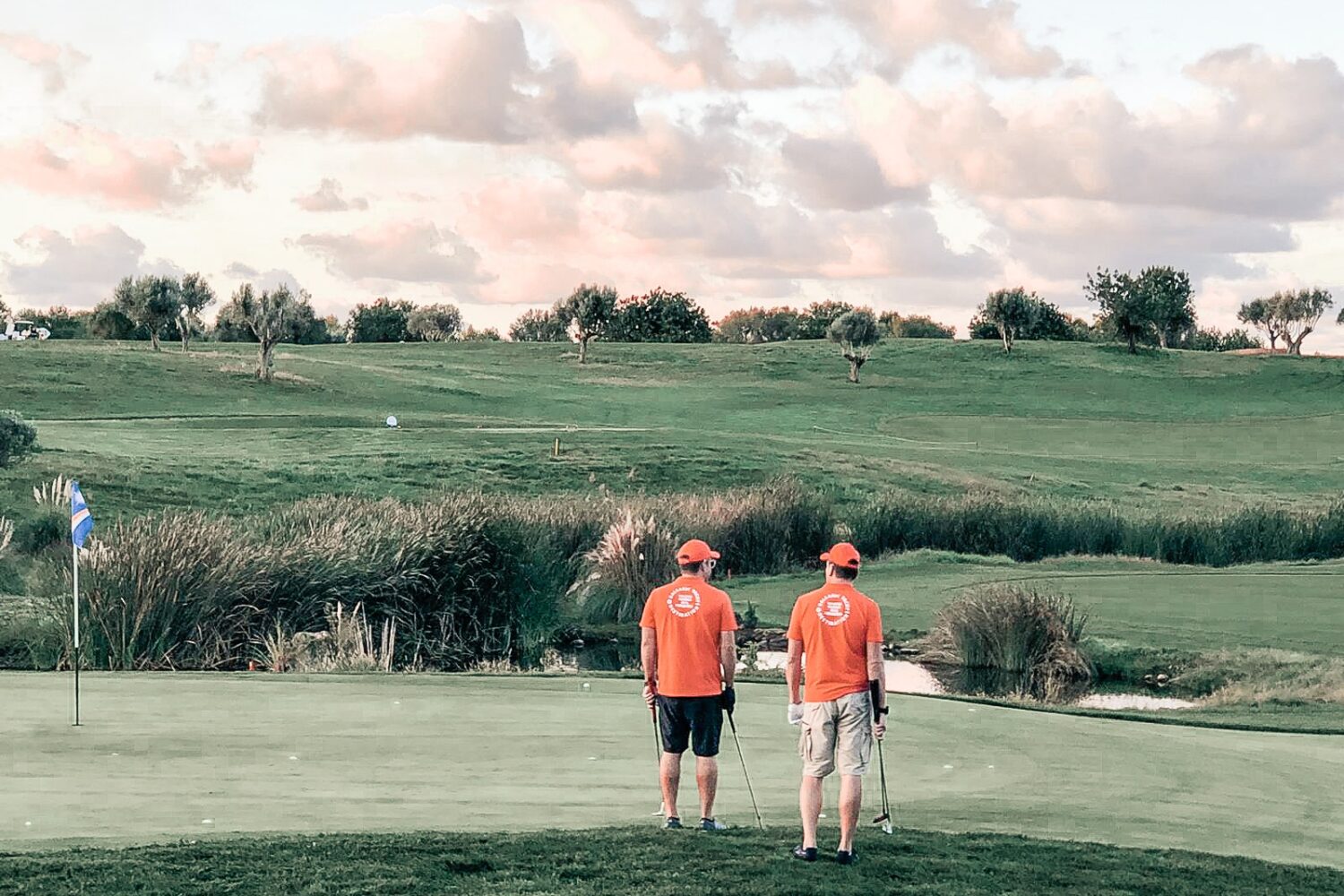 The most anticipated golf tournament of the year in Mallorca has not disappointed. For 3 days, the crews of some of the most spectacular yachts in the ocean have made a break in their agendas to enjoy different and very entertaining days.

The Pinmar Golf is a solidarity event that has been held in Mallorca for thirty years. A tournament that takes advantage of the end of the summer season to bring together the superyacht community in a few days of sports, entertainment, contacts and fundraising.

The Son Gual Golf course has been the chosen scenario for superyacht crews to demonstrate their skills. In total, 75 teams have competed to win the prize for the best yacht team or the best team in the industry. Among them, three Balearic Yacht Destination teams each consisting of 4 captains.

The Association has not wanted to miss the “Grand Finale” of The Pinmar Golf, a tournament that has marked the end of an era within the most important events of the nautical industry and with a marked social purpose that undoubtedly contributes to promoting the solidarity spirit in the nautical sector. The good weather, the good music and the beautiful views of the Son Gual Golf Course from its terrace, have led to the good atmosphere in this latest edition of The Pinmar Golf.

The players have been able to enjoy networking days, parties and, of course, the most waited “Black Tie Gala Dinner”. A unique event that has been held in the traditional Mallorcan estate of Son Amar and where attendees have been able to taste an exquisite dinner accompanied by the best entertainment.

During the price award, the CEO of Pinmar, Remy Millot announced the decision that this was going to be the last edition of The Pinmar Golf. “It has been an incredibly difficult decision, but we feel it is time. We believe that the tournament has reached its peak and now we want to create an event that is fresh and continues to provide a level of excellence for its guests”.

In this sense, they have embarked on a new concept more suited to the tastes of the crews and, at the same time, continue to raise funds as they have done in recent years, The Pinmar Festival.

In this way, The Pinmar Golf concluded with a spectacular celebration, with fireworks and with the expectation and uncertainty of how next year’s event will be.

We use cookies on our website to give you the most relevant experience by remembering your preferences and repeat visits. By clicking “Accept”, you consent to the use of ALL the cookies. Read More Accept Reject
Manage consent

This website uses cookies to improve your experience while you navigate through the website. Out of these, the cookies that are categorized as necessary are stored on your browser as they are essential for the working of basic functionalities of the website. We also use third-party cookies that help us analyze and understand how you use this website. These cookies will be stored in your browser only with your consent. You also have the option to opt-out of these cookies. But opting out of some of these cookies may affect your browsing experience.
Necessary Always Enabled
Necessary cookies are absolutely essential for the website to function properly. These cookies ensure basic functionalities and security features of the website, anonymously.
Functional
Functional cookies help to perform certain functionalities like sharing the content of the website on social media platforms, collect feedbacks, and other third-party features.
Performance
Performance cookies are used to understand and analyze the key performance indexes of the website which helps in delivering a better user experience for the visitors.
Analytics
Analytical cookies are used to understand how visitors interact with the website. These cookies help provide information on metrics the number of visitors, bounce rate, traffic source, etc.
Advertisement
Advertisement cookies are used to provide visitors with relevant ads and marketing campaigns. These cookies track visitors across websites and collect information to provide customized ads.
Others
Other uncategorized cookies are those that are being analyzed and have not been classified into a category as yet.
SAVE & ACCEPT